The curtain opened for the Theater and Performing Arts’ performance of The Princess and the Magic Pea in the Blackbox Theater today. They held two performances at 10:30 AM and 2 PM, the latter of which the parents of the actresses were invited to come. The campers in the show also held a special open dress rehearsal yesterday so the Day campers could attend their performance. 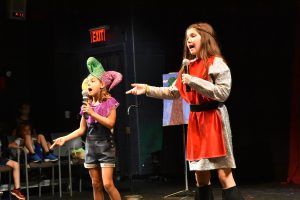 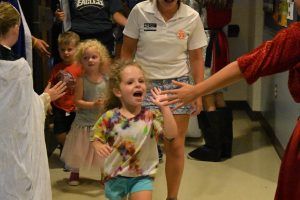 The Kingdom is in peril as they can only be free while a king and queen rule on the throne. So Prince Peter is looking for a bride but only a “true princess” will feel the magic pea underneath the mountain of mattresses on her bed. Witch Zelda and her cronies lurk in the forest and she wants to takeover the throne so she devises a scheme to have it to herself. 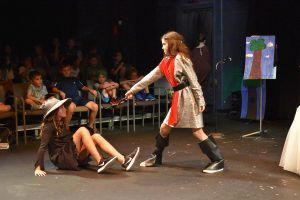 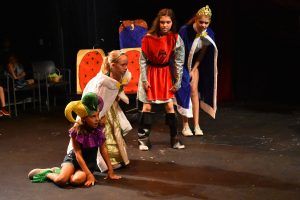 The cast is as follows: Maggie as the Jester; CGI Counselor Helena as Queen Sarsparilla; Megan as the Queen Mother; Sarah as Angelique; Lauren as Witch Zelda/Zorina; Julia as Zitchoo/Tanya; Allison as Mary; Clare as Simone and Anjali as Princess Priscilla. There was a special appearance by Assistant Site Director Paul Kazanjian who played the role of Prince Peter. 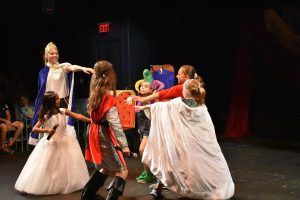 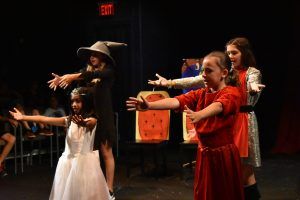 The Princess and the Magic Pea is a musical that has ten songs in it and the campers took the music and scripts home with them to practice. “I was really impressed,” the Theater CGI Specialist Cristy said about all the work they put in in such a short period of time. “It’s a lot to be proud of.” 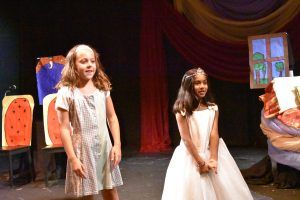 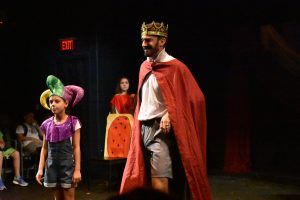 In the course of the two-week class, the campers learned important rules of theater including “don’t touch props that aren’t yours” and “don’t eat in costume.” The campers were responsible for creating all the set pieces and the costumes were both donated and made by the campers. They skillfully used three rafts to create the huge stack of mattresses the princess sleeps on. 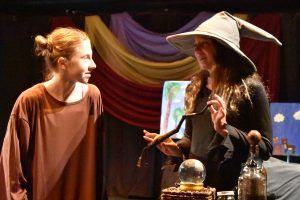 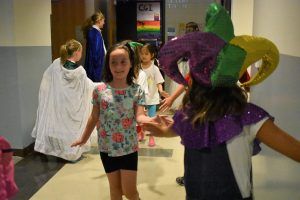 The Day, Mini, Senior and Center for Growth and Innovation (CGI) campers all attended the performances. At the end of the shows, the performers stood outside the theater to get high fives from all the attendees of the show. In preparation for the show, the CGI campers reflected on what they love about campus. Here are their responses: