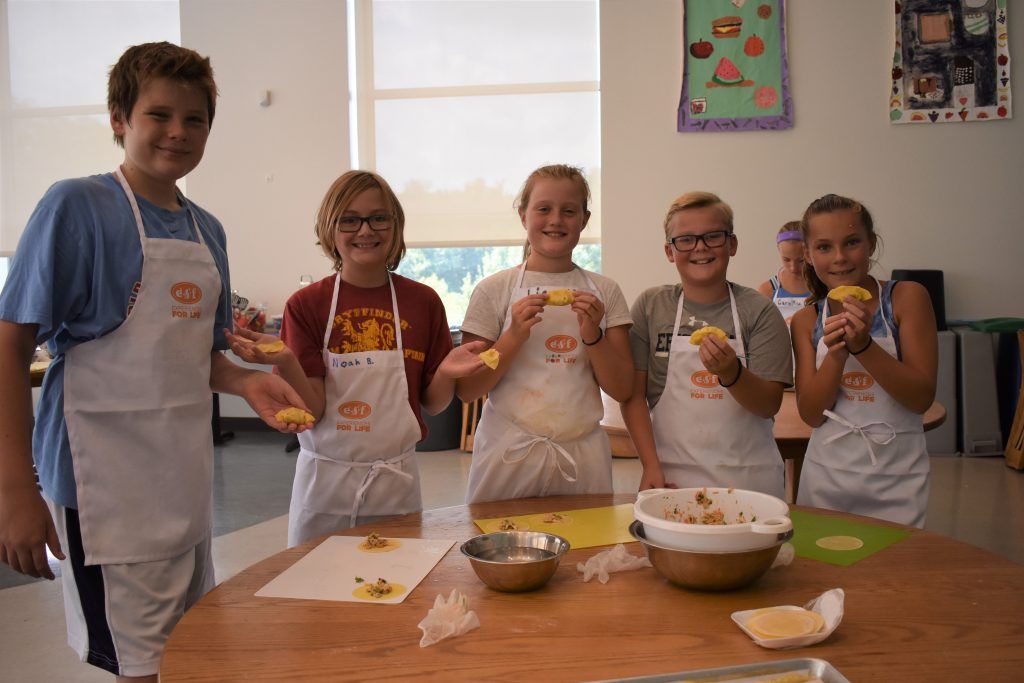 Today was a big day for the Vetri Academy campers who have been cooking Japanese dishes all week. They were tasked with making two kinds of Japanese Gyoza. Gyoza is the Japanese word for dumplings and they made both vegetable and pork dumplings along with a few dipping sauces. 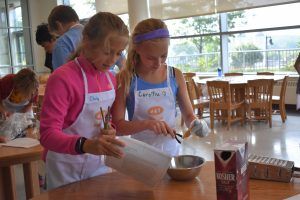 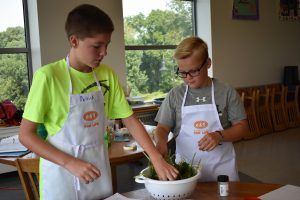 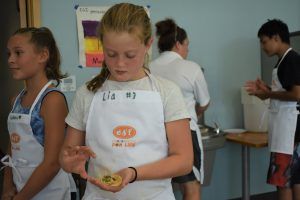 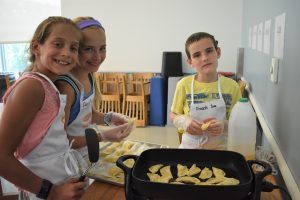 The campers were split into three groups each assigned a different dish. One group made vegetable dumplings, one made pork dumplings and the last group was responsible for the dipping sauces. The two sauces they made were a ponzu and spicy honey dipping sauce. To accompany the sauces, the campers also made spinach gommae, also known as sauteed spinach with sesame sauce. The sauce for the spinach gommae was made with toasted sesame seeds that were later grined and added into soy sauce. 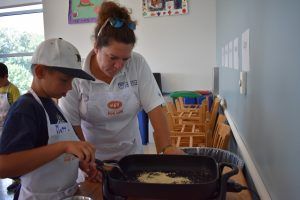 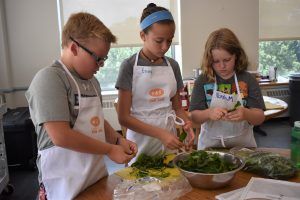 CGI Teacher Colleen Bernabei and Vetri Camper Matt watched while the sesame seeds toasted which required a lot of patience. Later in the day after the filling was prepared, it was time to make the dumplings. After the dumplings were filled, the campers dipped a finger in water to line the edges of the dumpling wrappers so they would stick together more easily. 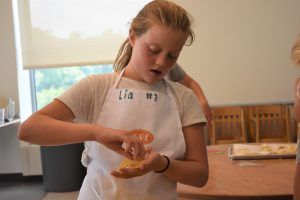 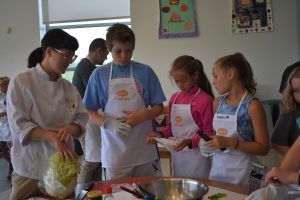 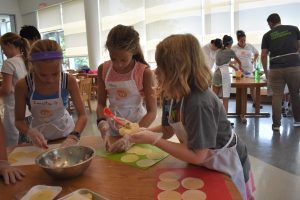 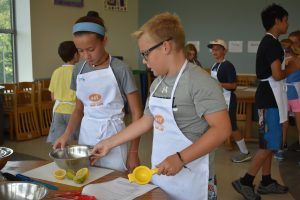 After forming the edges of the dumplings and they were all sealed up, it was time to cook them. They places all the dumplings in a pan, added water and placed the lid on top of the pan to steam the dumplings to make sure they cooked all the way through. The campers worked very efficiently all day to complete these complex dishes and the campers loved learning how to make dumplings.

The curtain opened for the Theater and Performing Arts’ performance of The Princess and the Magic Pea in the Blackbox Theater today. They held two performances at 10:30 AM and 2 PM, the latter of which the parents of the
Read More