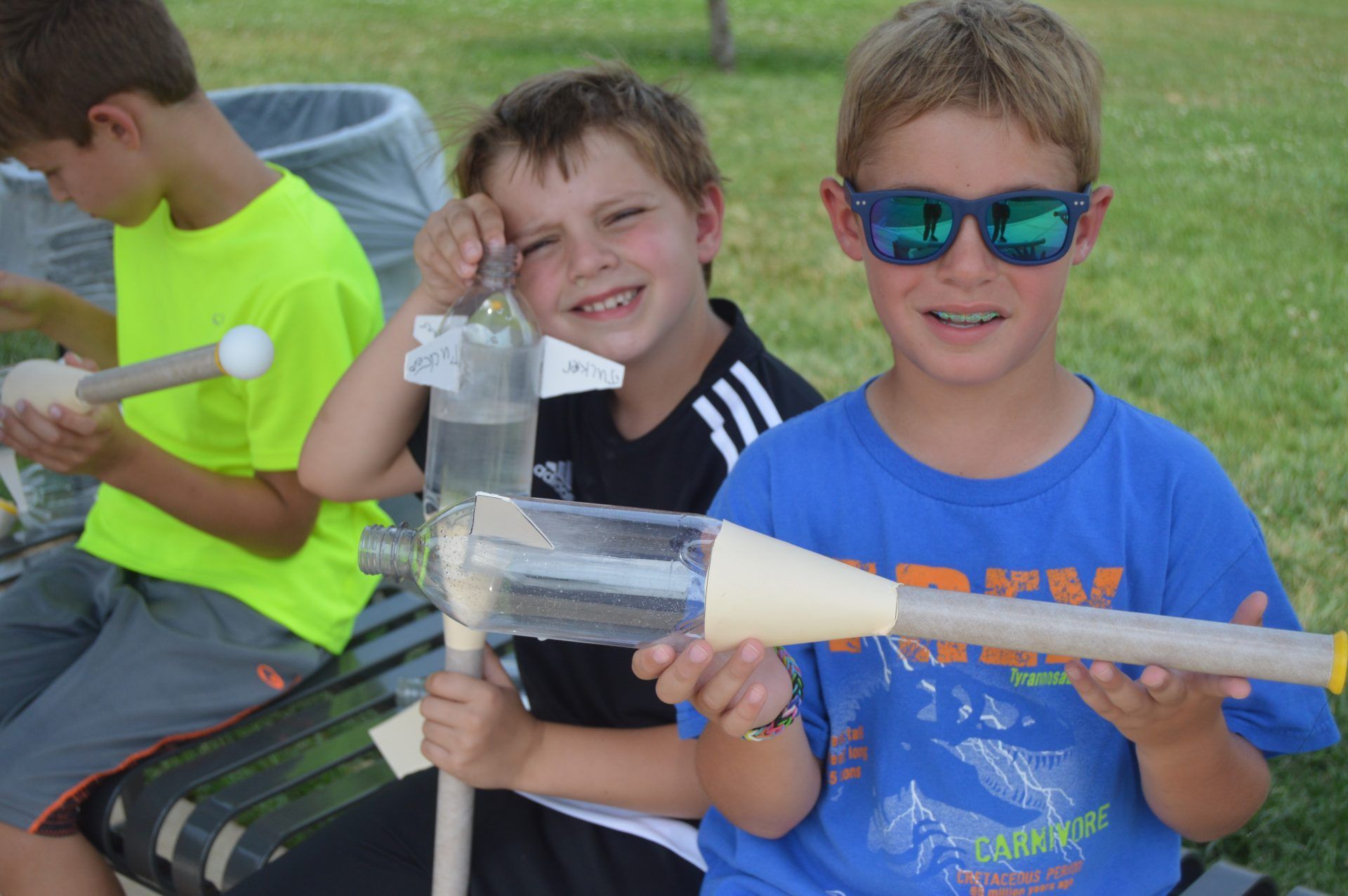 Campers in space and rocketry blasted into the week with a rocket launch. Campers will spend the week exploring the laws of motion and the physics of rocket flight including propulsion, lift, drag, velocity, and aerodynamics. They will apply their knowledge of physics to build a variety of rockets including a water fueled rocket and a solid-fueled rocket. 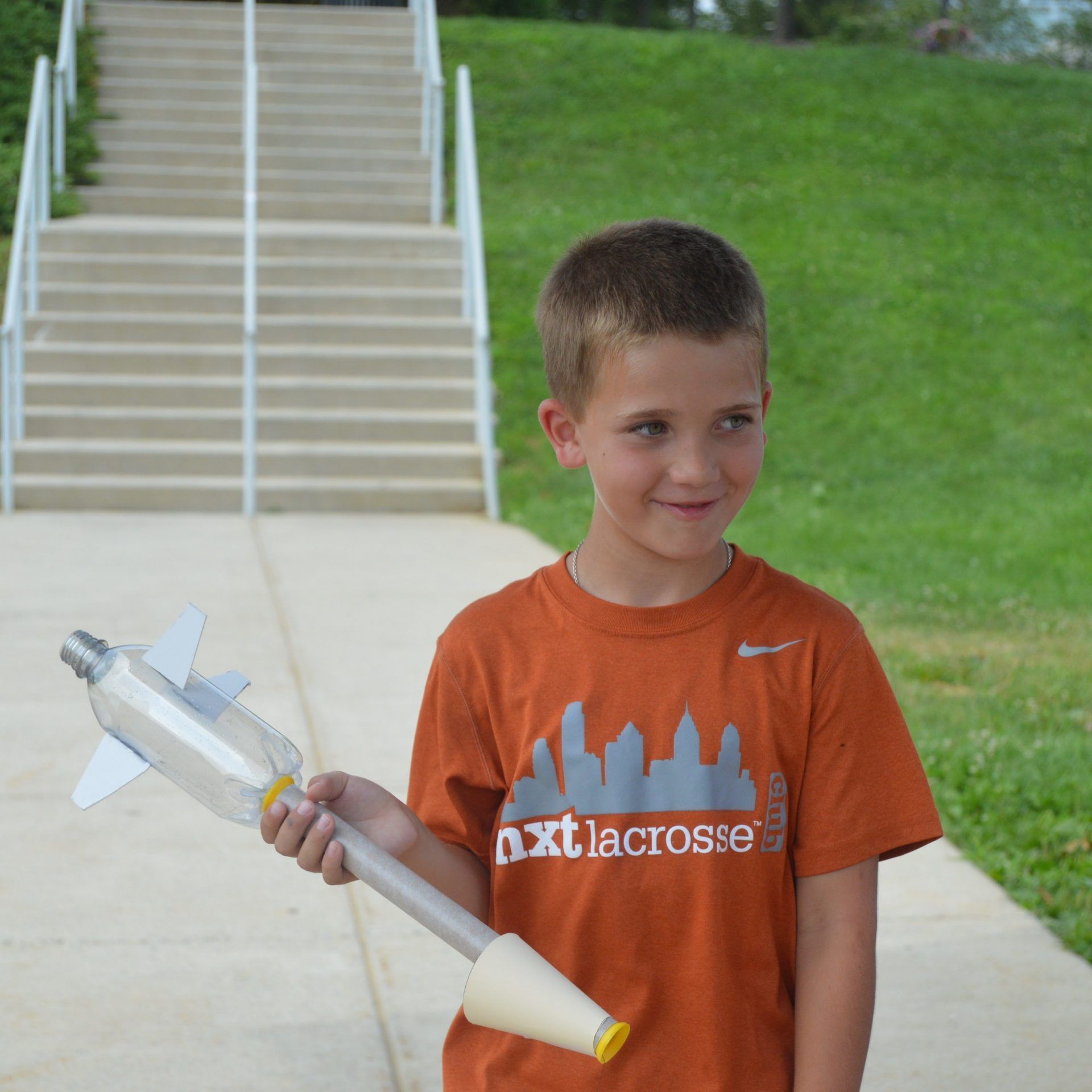 On Monday campers worked all day to create a water fueled rocket and shot them off at the end of the day. They had to stand back as their instructor loaded it up to the launch system and prepped it for take-off. Campers watched in awe as the rockets shot straight up in the air and then fell to their descent. Parents can come check out the creations of their future rocket scientists on Friday afternoon. Keep up the creativity and innovations, campers!