The campers in Test Pilot: Flying Drones tested out their flying abilities today. They were so excited to take the drones out for a test run. Even the rainy day couldn’t put a damper on their spirits. 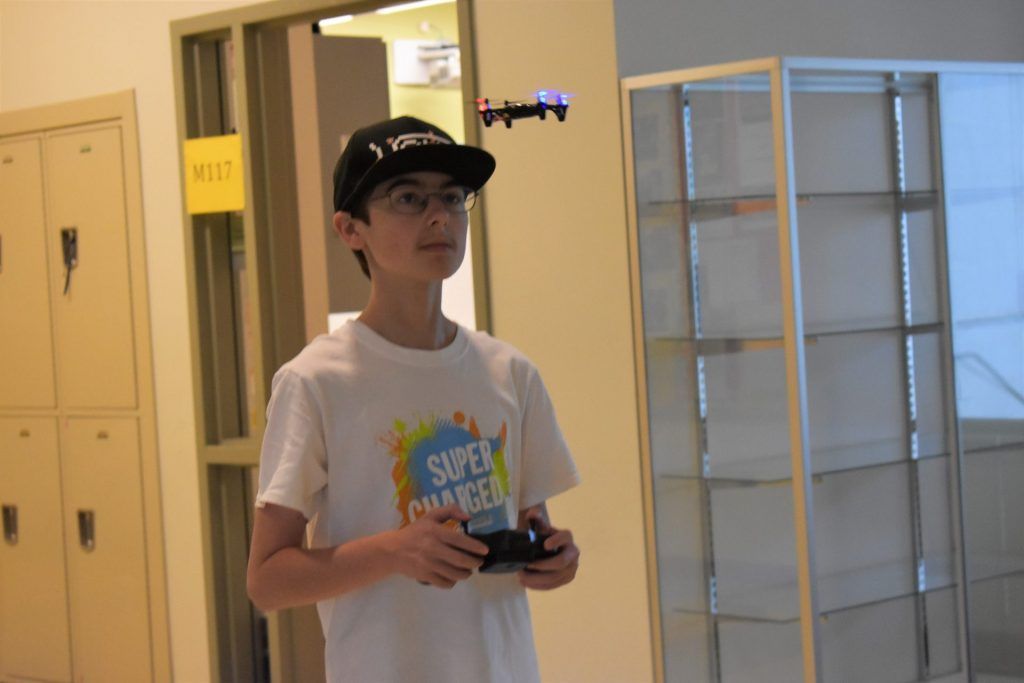 Along with flying smaller air toys and making paper airplanes, all week the campers have been preparing to fly the drones by using Microsoft Flight Simulator X on their laptops. Through the program, the campers fly planes using a joystick controller and learn the mechanics of flying a plane. 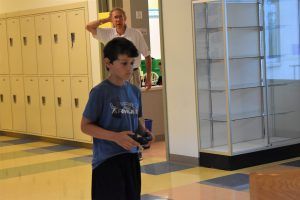 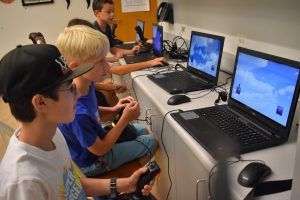 According to their instructor Eric Chesloff, the program is very challenging and it prepares them to fly the drones by learning to control flight as well as how to take off and land the aircraft. There was definitely a learning curve to the program but the campers enjoyed using the simulator. The campers flew their drones inside and attempted tricks like flips in midair and maneuvering around and under chairs as they slowly mastered the controls. 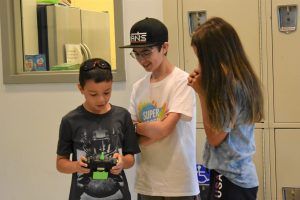 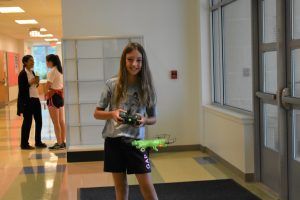