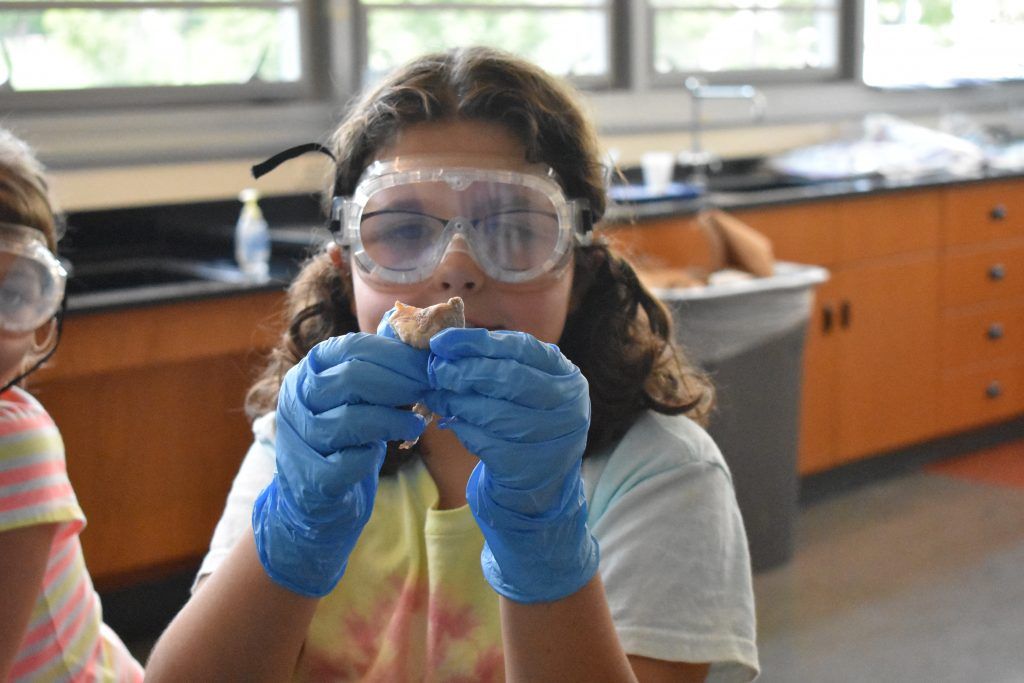 The campers in Mess Fest had a big day which included learning about the digestive system and dissecting a squid and a cow eye. 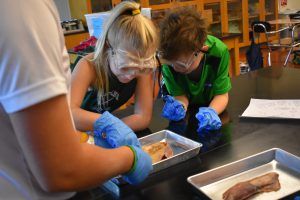 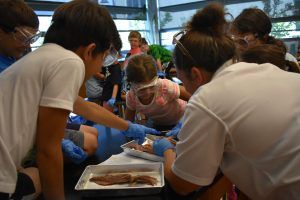 The campers had to identify the important parts both inside and outside of the squid. The campers found the tentacles and suction cups that help the squid hold onto food. A lot of the campers were more interested in what’s going on inside the squid so they were itching to start the dissection. 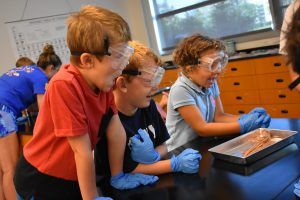 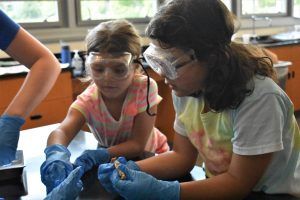 After cutting into the squid the campers found the beak, gonad and siphon of the squid. Many of the campers were excited to find the ink sac and cut it open. Their reactions were priceless; it was a mixture of astonishment and disgust. They thought it was a very interesting experience even if it was a little bit gross. 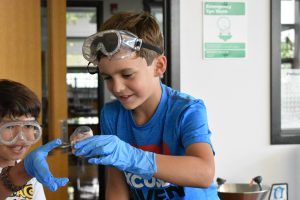 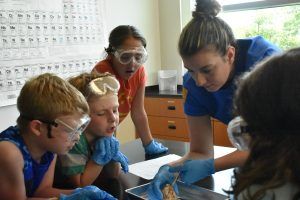 The campers learned all about eyes when they dissected the cow eye. After the fat was cut off of the eye, the campers could clearly identify the optic nerve which allows the eye to send information back to the brain. Along with the optic nerve, they found the lens, tapetum and retina. Overall, the campers thought the experiments were really cool and they were very inquisitive about seeing what they would uncover next.