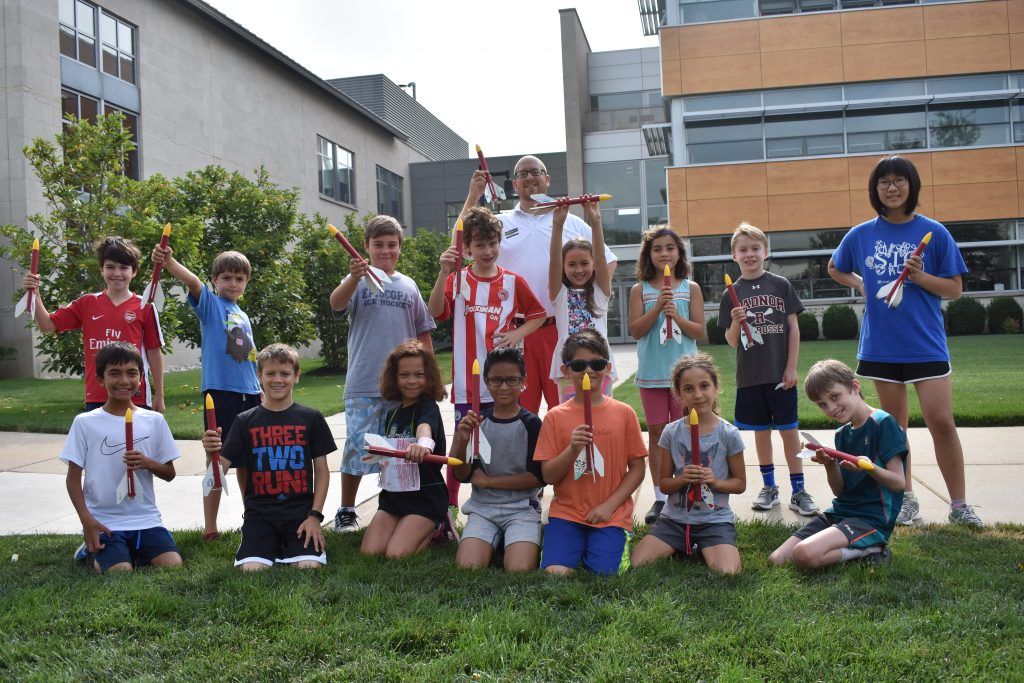 The campers have been busy this week learning about aerodynamics and launching different types of rockets. They started off the week crafting different paper airplanes and testing how far they could fly. 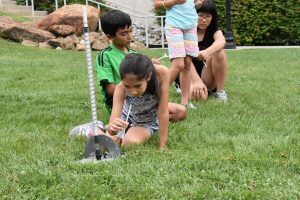 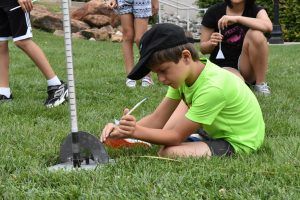 Next on the agenda was building straw rockets out of drinking straws. They used paper to construct the fins and clay inside the rocket to keep it stable on the launching platform. The rockets were launched using a pump that when released would push air against the rocket, causing it to fly off the platform. A tape measure was stretched out across the grass to see who could get the their rocket the farthest. Each camper had three attempts to perfect their technique. 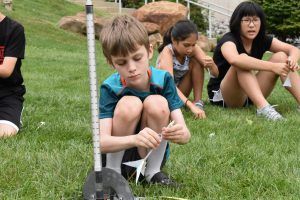 Using a Pitsco kit, the campers constructed solid fuel rockets. The campers decorated the cardboard fins to give them a personal touch and make each unique. 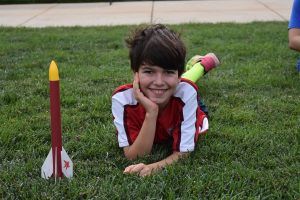 “Rocket science is fairly simple,” Space and Rocketry Specialist Steve Kerwin said about the science behind the solid fuel rockets. Using Newton’s Law, the solid carbon dioxide fuel in the rocket burns and exerts gas downward which pushes fuel up on the rocket causing it to soar through the air. 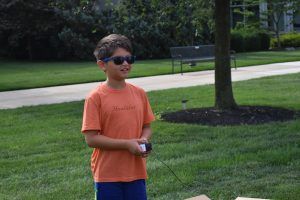 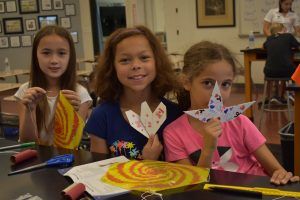 When launched into the air, the rocket will release its plastic parachute from the cone of the rocket. Steve Kerwin said once the campers realize rocket science is a lot simpler than they expected they can more easily understand it and they find it more interesting. 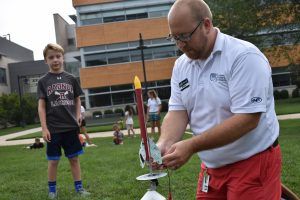 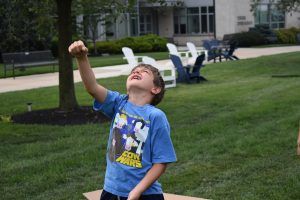 Today the campers got to launch their rockets in the middle of the Episcopal Academy campus for everyone to see. Check out some of the launches below!

Overall, Steve said all the launches were a success. Constructing this rocket was a very complicated process but the campers worked hard to make them ready for launch. There were no rockets that were unable to launch so everyone got the opportunity to see their rocket soar through the air!