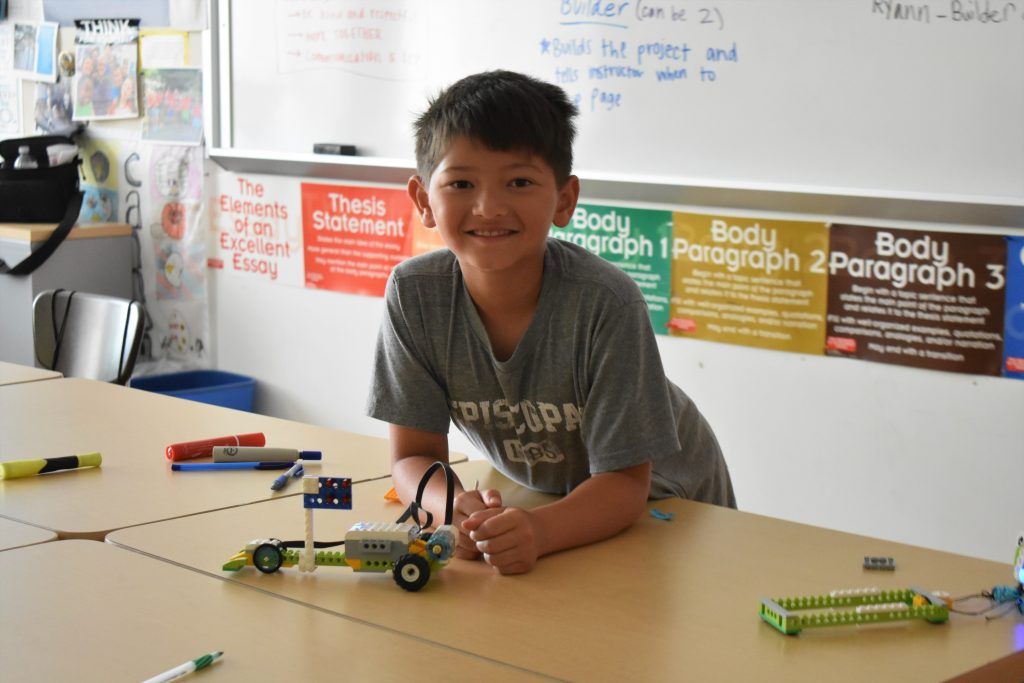 There are two Robotics classes this week in CGI which means there’s a lot of building and creativity going on. While both classes are structured differently, both utilize LEGO® and the program WeDo 2.0 to teach the campers how machines and devices function. 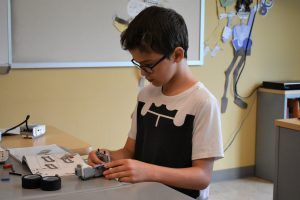 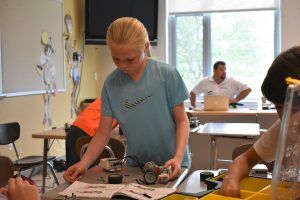 In Robotics 101, the campers made a variety of vehicles and robots. There are sensors in the vehicles they made so the vehicle could be programmed to stop when it sees a wall or an object in their path. Through building cars the campers learned about a vehicle’s speed and what affects how fast it can move. They also learned about friction by constructing a machine that pulls objects behind it. 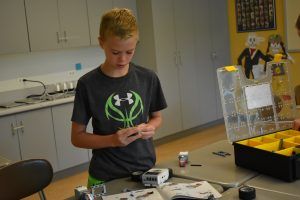 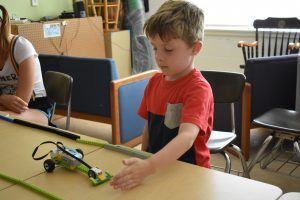 “I like that we get to design whatever we want,” Evelyn said. Caden built a vehicle modeled after a rattlesnake since it’s his favorite animal. It had a rotating “tail” that resembled a rattlesnake’s tail. 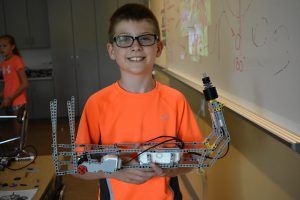 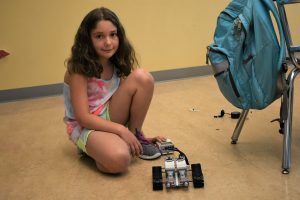 “We are understanding how life works through robotics,” Junior Robotics instructor Devante said about the class. The campers in Junior Robotics used their LEGO® creations to learn about speed, robust structures, frog metamorphosis, plants and pollinators. 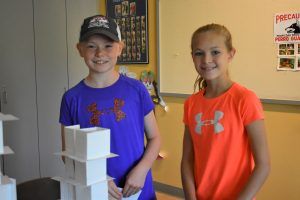 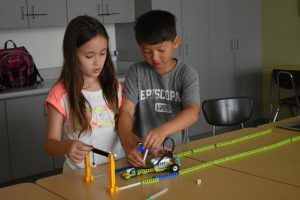 One of the most interesting structures they created was an earthquake simulator that would explain what causes earthquakes and how resistant buildings are to the force of an earthquake. The structure they designed would slowly shake a platform with a house on it and would get more intense with each successive vibration. 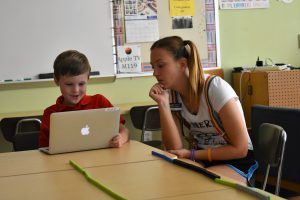 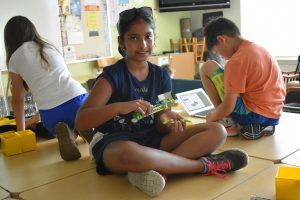 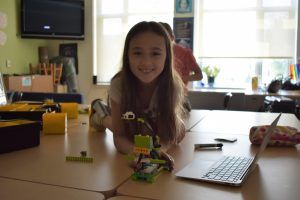 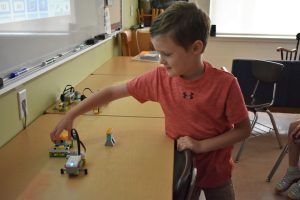 Campers experimented with three different houses and the tallest and most complex house was impossible to destroy. They came to the conclusion that structures that are more stable are more resistant to destruction because they are better equipped to withstand the force.